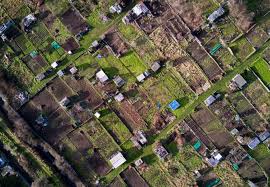 London allotments are still reducing in number whilst the demand for them is exploding.

This is one of the major findings of a research paper into allotments in London by Imperial College, London’s Centre for Environmental Policy (Fletcher, Collins) and published in the ‘Urban Forestry and Urban Greening’, journal published by Elsevier. The paper highlights some interesting findings about the continued decline in the number of plots, the associated land occupied by allotments in London and the increase in demand and value of allotments.

Since the GLA report in 2006, demand for allotments has increased four-fold and this excludes the current further increase within the Covid pandemic. Based on the information from some 55% of London’s sites the paper estimates that the provision of allotments would need to increase by 77% to address current waiting lists. In 2006 the GLA report identified a waiting list across London of 4,300; today’s findings are that it has increased to 17,424. This is not uniform across London, with the average wait being some 4 – 5 years. However, there is a significant variation by borough and even sites within a borough. This must be viewed against the fact that the true latent demand is somewhat hidden with some 16.3% sites having closed their waiting lists. A survey by Brent asked all their 570 applicants on the waiting list to confirm they wished to be retained on the waiting list and only 268 or 50% did. However, this doesn’t take into account waiting time and its associated frustration and probable lack of communication since joining the waiting list. This is also currently compounded by the survey being performed in 2019 and prior to the current explosion of demand during the 2020 Covid pandemic and continued rise in applications today. From our own experience our waiting list has risen from some 160 in February 2020 to 270 plus today for a site of 100 plots.

It is also relevant to note the points made in the Thorpe report re people applying for plots in multiple sites and the report again raises the lack of centralised city wide planning , duplication of effort and poor communication between sites, sites and boroughs and boroughs. This lack of communication is viewed as exacerbating plot availability and waiting list lengths.

Interestingly, the Imperial report found that the rate of closure between 2006 and 2012 was 3.2% but over the last seven years there had been a net loss of 41 sites (5.73%) which would imply that the rate of closures increased in the more recent window. It states that five boroughs however had increased their site numbers; Harringay, Islington, Lewisham, Hounslow and Westminster.

The research only reviewed allotments on Local Authority land and identified some 682 sites which is below the overall numbers generally accepted in London which is around 750. The research received detailed responses from some 399 sites (58.5%) which totalled 24,883 plots and an area of 895 hectares. The inner London boroughs had some 16% of sites but only 7.9% of the land area. The boroughs with the highest numbers of sites were found to be, Bromley(51), Barnet (44), Ealing (44) whilst the boroughs with the highest number of allotments per head were per capita; Sutton, Bromley and Bexley. The report looks at the acreage covered by allotments but doesn’t identify the growing trend towards splitting plots and creating a two-tiered plot size environment. Using the measure of area of allotments per head the highest scoring good boroughs are Barnet, Enfield and Bromley, whilst the lowest  are Westminster, Lambeth and Hackney, with no sites in the City of London and Royal Borough of Kensington and Chelsea.

They calculated that based on the Brent council published estimates (2018) that 21% of allotment land is given over to infrastructure and by applying the scaling factor across London results in some 188 hectares are infrastructure, leaving 707 hectares as active growing space.

It also found that 52.8% of sites are managed by the authorities and 47.2% are classed as self-managed.

London like most major cities has and continues to experience a population increase, (some 10% from 8.11 million in 2012 to 9.11 million at the time of this report). This obviously increases demand on; housing, land, local authority budgets and spending resulting in allotment land often viewed by some as prime site for housing development and a quick cash option for local authorities. This is not unique to London or England. There is a stark difference between inner and outer London Boroughs with the latter free of the statutory requirement to provide allotments where there is demand.

The report found that allotments are an invaluable part of the urban environment, promising many ecological, social and health benefits beyond their primary function as food growing areas. It surveyed some 317 individuals about the benefits associated with allotments with them ranking the benefits between 0 and 9. The results in descending order were:

It would be interesting to see what these would be post Covid.

We await the second report on Demographics and congratulate Imperial College on the report and effort expended and some great supporting maps.