VE Allotment Celebration Packet 1: The Scale of the Effort 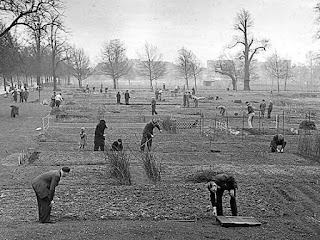 Friday 8 May is VE Day, or Victory in Europe Day. It marks the day towards the end of World War Two when fighting against Germany came to an end in Europe. All this week we will be publishing articles associated with allotments during the War and that extraordinary time when everyone ‘Dug for Victory.’

Above: Plots being worked on Clapham Common during WW2

Today we recognise the significant effort made to feed the nation whose supply lines were being challenged by the U Boats in the Atlantic. Some 70,000 tons of British shipping alone was sunk in the first week of the war. 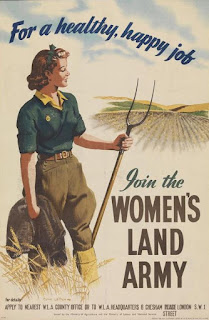 At the beginning of the war, 70% of Britain’s food was imported so the impact was significant. Pastureland was dug up to grow the wheat we were now not getting from Canada which in turn lead to dairy shortages. Rickets became a danger as vitamin-rich products could no longer be imported and onions, which had come from Europe, became prized objects. At the beginning of the war there were only 3.5 million private gardens and 819,000 allotments in Britain. By 1943 the House of Commons was told the number of allotments had risen to 1,675,000 and the number of private gardens used for growing vegetables had risen to 5 million. 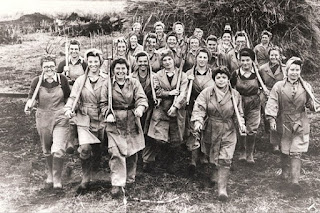 The land girls, farms, allotments and growing vegetables made a huge contribution to the war effort with over 80,000 women being members of the Women’s Land Army. Without such an effort harvests could not have been picked and food would have been even scarcer.

The government organised ‘Dig for Victory’ exhibitions up and down the country and released a blizzard of information pamphlets and bulletins on how to rotate crops, improve the soil and make a compost heap. Gardening became part of the curriculum in virtually all schools.
Britain and London rose to the challenge: in North London, Tottenham had almost 3,000 allotments in 150 areas and a successful pig club run by the council dustmen. In Bethnal Green, bombed-out buildings were turned into plots.

Vegetables were also planted in the dry moat around the Tower of London and demonstration plots dug in Kensington Gardens and at London Zoo. Soil often had to be sieved through pierced dustbin lids to remove glass shards and bomb debris. 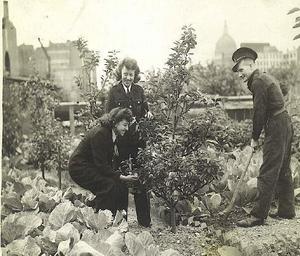 Fire Wardens working a plot in Cribblegate, St Giles Church, with St Paul's in the background 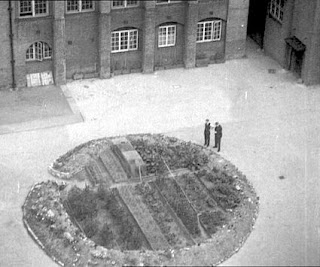 A bomb crater in Westminster turned into a plot 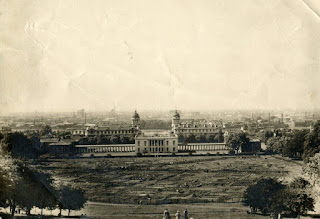 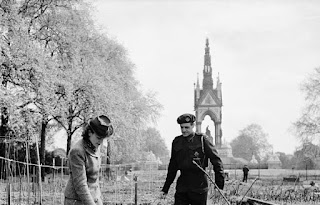 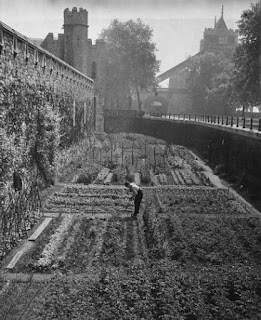 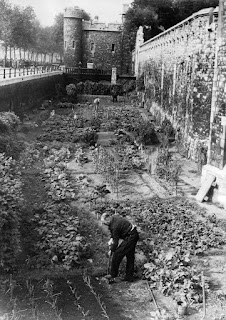 Above and left: the moat plots at the Tower of London

Tomorrow we feature ‘Seeds from America’


The author is indebted to the research and archive provided by Mick Lemmerman and the work and archive of the Island History Trust which enabled this untold story to be written.