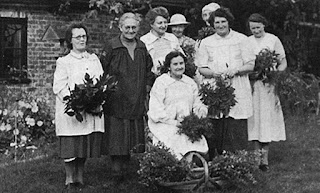 During the first half of the 20th century German pharmaceutical companies dominated the manufacture and supply of drugs. This exposed Britain during both World Wars and this was further compounded by the U-Boat action on shipping in the Second World War. The resultant shortage of drugs forced Britain to seek new and more natural alternatives.

An army of volunteers was galvanised to forage and grow huge quantities of plant material from which drugs, medicines and other valuable resources were extracted. The Scouts, Girl Guides, Women’s Institutes, allotments, gardens and even schoolchildren were mobilised into action. Significant lessons had been learnt from the poor collection, storage, transportation and drying of plants during the First World War.

At the beginning of the Second World War, botanists, pharmacist, doctors collectively formed the Vegetable Drugs Committee to co-ordinate the harvesting, drying and extraction of the drugs. More than 70 County Medicinal Herb Committees, drawing heavily on the Women’s Institute and the Scottish Women’s Rural Institutes, were set up under its leadership.

A pamphlet that the Vegetable Drugs Committee published in 1941 stated that the most essential medicinal plants needed were belladonna, colchicum, digitalis, hyoscyamus, stramonium and valerian - and that the countries of origin for these plants had previously been Hungary, Italy, Germany and Yugoslavia.

Below we look at some of the 80 species identified and sought: 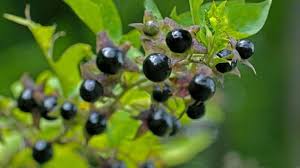 Deadly Nightshade: This contains many toxic compounds including atropine and hyoscyamine. Atropine is well known to dilate the pupils and the drug was in high demand for eye operations following battlefield traumas. By the end of World War Two, 200 tons of Deadly Nightshade leaves and roots were needed. 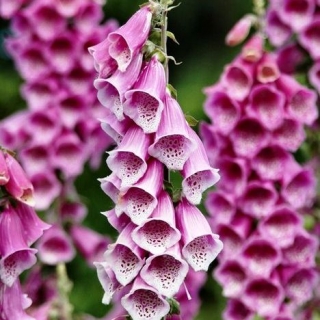 Foxglove: This contains a powerful compound called digitalin that acts on the heart muscle. It can help to strengthen and regulate an arrhythmic heart, slowing it down and preventing atrial fibrillation. During World War Two Oxfordshire Women’s Institutes alone sent enough foxglove to produce 350,000 doses of digitalin. Foxglove is extremely poisonous, and the leaves are extremely bitter so eating large quantities usually causes vomiting, helping to prevent poisoning. But if just a few leaves are eaten they can lead to death from heart attack. 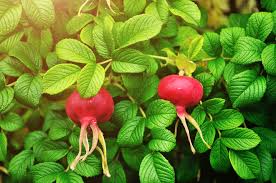 Rose-Hips: These provided a home-grown source of vitamin C, especially for young children at home. Rose-hips, are higher in vitamin C than even blackcurrants and Kew scientists identified several high producers and the best time to harvest. In 1943, 500 tons of rose-hips were collected, the equivalent to 25 million oranges, and this haul made 2.5 million bottles of syrup.

Horse Chestnuts: Conkers were used to make glucose and saponin and produce soap.

Nettles: These were collected for their chlorophyll which was extracted and used in the synthesis of anti-asthma drugs. They also yielded a green dye that was used for camouflage, and in Germany nettle fibre was used to manufacture army shirts and uniforms.

Black horehound: This contains diterpenoid chemicals including marrubiin and ballonigrin. It was collected and used as a treatment for spasms and intestinal worm infections.

Meadow Saffron: The bulbs were collected to provide the drug colchicine, used to reduce inflammation. Some 12 tones of bulbs were harvested in World War Two.

Virtually all medicinal and culinary herbs and spices can stop the growth of at least some bacteria. Various mints and tansy are antibiotic to pathogenic strains including Streptococcus and Staphylococcus.

It is somewhat of a pity we have once again lurched towards and in favour of synthetic drugs at the expense of what we have growing all around us.


Tomorrow we focus again on the East End of London, The Docklands and its Allotments during the war.