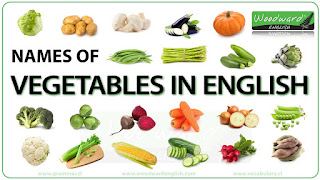 All allotment sites are worked by an increasingly diverse cultural and ethnic group of plot holders. They bring with them their own growing methods and often their own plants. Some plants are remarkably like those we are used to seeing, some of which are very exotic, some we may regard as weeds. But often they are an introduction into something very new and different. I think back to the knobbly yellow courgette I was introduced to growing last year and that stayed firm when cooked and had a nutty almond taste.

We share, embrace the new and all learn from each other. We are long past the longest carrot, straightest bean and now it is about different varieties of fruit and vegetables some of which many of us may have only seen on our travels.

Mainstream TV continues to present us with the classic English varieties and if you are very lucky a smidgen of something new. This more establishment perspective is often accompanied by a quick introduction into the plant’s genealogy via their Latin name. If you are lucky enough to know Latin great, but if not in true BBC style, they give you five seconds to write it down by giving you it as a subtext at the bottom of the screen. Now who goes into their local garden centre or B&Q and expects them to understand Latin? This strange reverence to the plant’s genealogy appears to change when they refer to vegetables. Here the common name is often the prevalent one used. Some may suggest that this is somewhat down to the BBC RHS culture and expecting us all to know our veg, but to look for higher meaning when talking about our flowers.

I am dyslexic, so Latin goes in one ear and frankly comes out the other and means nothing to me. I rely on the common names and glossy pictures on the seed packets and seed catalogues. I must also admit today I only look at the fruit and vegetable pages as I now only have an allotment and what flowers I do grow have to have purpose. I don’t think drifts of Lunaria annua, or Hesperis matronalis or even Matthiola incana  (old fashioned stocks, sweet rocket and Honesty) have a place unless they are complementary to the vegetables, can be cut, or serve as a pest deterrent around the vegetables.

Today’s ethnic diversity of plot holders will vary from site to site, borough to borough, town and city and within a county. On our site we have Chinese, Bangladesh, Turkish, Vietnamese, German, Russian, Polish, Spanish to name a few and even an American. So, finding a common language to describe the simplest of vegetables can be a challenge but naming something you are unfamiliar with is even more of a challenge. We discovered recently that a plant we class as poisonous is regarded as perfectly harmless and when prepared correctly is eaten by one group.

An interesting issue relates to cross-border commerce and the international designations or codes given to be machine read and language independent. There are government pages which list this and it’s refreshing they reference them by their common name, listing alternative common names their Latin name and the heading code which can have many subheading extensions. They also distinguish between fresh and frozen, roots and tubers, families such as legumes and herbs and spices. Fancy referring to your tomatoes 0702.

The song says, ‘I say tomato, you say tomato.’ If we ignore Esperanto which I came across in this research and even all the various names in the different Indian languages. What are these European named vegetables?